2022 Democracy Day Celebration: MINILS/INEC on Regulations & Guidelines for the Conduct of Election. 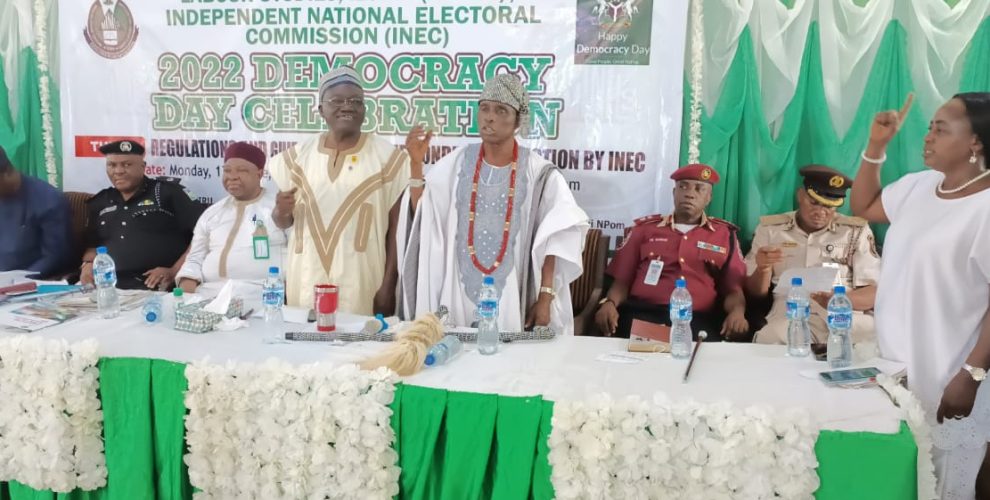 The Kwara State Resident Electoral Commissioner (REC), Mallam Garba Attahiru Madami, has assured Nigerians that the 2023  general elections will be the best ever conducted in the country. He added that the Commission would deploy technology to ensure transparency in the election process.

Attahiru expressed these views on Monday in Ilorin, the state capital, at a lecture organised by Michael Imoudu Institute For Labour Studies (MINILS) to mark this year’s Democracy Day.

He disclosed that the electronic transmission of election results would make it difficult for any collation officer to tamper with the original election results recorded at the polling units.

He said the last governorship election in Edo State showed how effective technology could be in checkmating rigging of elections.

“We have even improved on the technology deployed during the last Edo State governorship election and this will ensure transparency in the electoral processes,” the REC stated.

Attahiru also warned politicians against buying permanent voters cards, adding, “You can buy PVCs, but you can’t use them.

“The fine for multiple registrations is one-year imprisonment, or N1m fine or both. Those people cannot get their PVCs.

“The best election that Nigeria will ever conduct is the 2023 elections. This is because of technology. Collation officers cannot tamper with the election results any longer.

“We will transmit results electronically. In 2019, we relied on the integrity of the returning officers and other electoral officers for a transparent election.”

Earlier, the Director-General of MINILS, Comrade Issa Aremu, had congratulated President Muhammadu Buhari and Nigerians on the country’s 22 years of uninterrupted democratic rule since May 29, 1999.

Aremu praised Buhari for his courage to redress the historical injustice of the criminal annulment on June 12, 1993.

He also rightly conferred posthumous honours on Chief MKO Abiola and others.

The DG, who noted that Nigerians in the last two decades have shown that voting and vote count is the desirable way of ensuring good governance, commended INEC, which despite the “imperfect political environment,” is improving on the electoral process to make elections increasingly credible.

At the event, representatives of various political parties, Civil Society Organisations, and security operatives expressed their views about the forthcoming general elections.