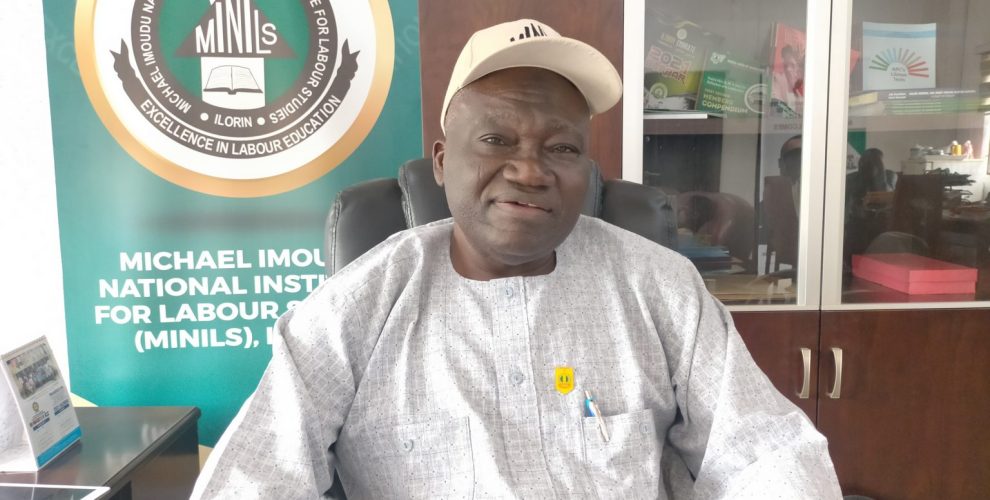 Michael Imoudu National Institute for Labour Studies Ilorin, MINILS, today joined the rest of the world to celebrate the World Day for Decent Work (WDDW). The 7th day of October, every year, is a day, set aside by the International Labour Organisation, ILO, to raise awareness on the need for, secure work, adequate, remuneration, health and safety, pensionable work, good living wages, for workers.

Speaking in an exclusive interview with the Public Relations Unit of the Institute, on the event, the Director-General of the Institute, Comrade Issa Aremu, called on governments at all levels to rededicate themselves to defending, and sustaining jobs in the country.

Meanwhile, he expressed worries over the reported incident of attacks on workers, and the closure of the Dangote Cement Factory, in Obajana, Kogi State, saying that an organisation that employs thousands in direct and indirect jobs deserves to be protected from such an ugly experience.

He, therefore, admonished governments to enhance the “ease of doing business” around the country, and that private organisations should also be up and doing in the area of their tax obligations to the government, and not resorting to extra-judicial measures.

The DG also commended President Muhammadu Buhari for his Labour-friendly policies that have led to decency in work in Nigeria, saying despite the prevailing harsh socioeconomic condition across the globe, the federal government in line with the disposition of the president did not retrench workers.

The foremost, African Labour leader, also called on both the Academic Staff Union of Universities, ASUU, and federal government, to come to compromise on issue of contentions that has led to the ongoing strike.