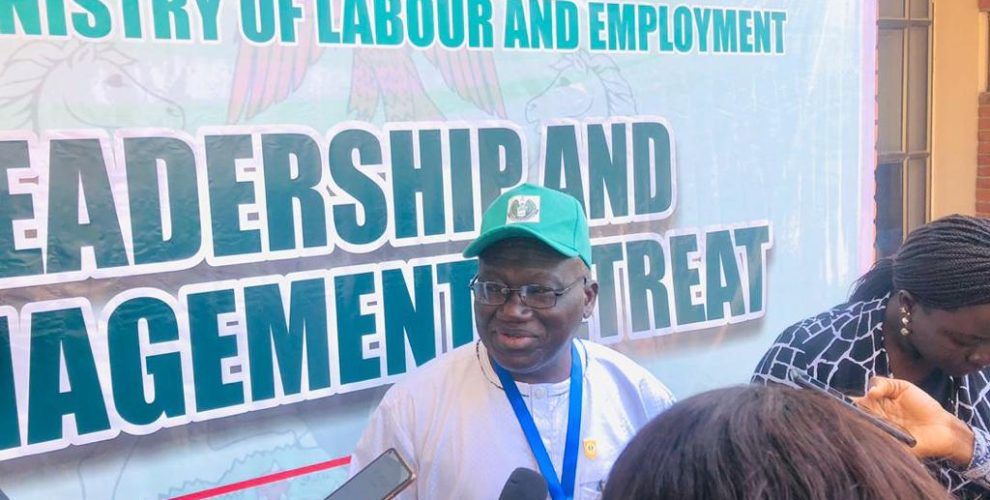 The Director-General, Micheal Imodu National Institute for Labour Studies (MINILS), Comrade Issa Aremu, has stated that the recent strike by the Academic Staff Union of Universities (ASUU) has caused a setback to the educational sector and advised the actors in the sector to always imbibe the spirit of negotiation

The DG gave the advice while speaking with the newsmen at the venue of the leadership and management retreat for the Federal Ministry of Labour and Employment held at the National Institute for Policy and Strategic Studies (NIPSS) Kuru, Plateau state.

He posited that there was no democratic country in the world without one form of industrial dispute or the other, adding that the recently suspended strike of ASUU had clearly depicted the strength of democracy in Nigeria

“The ASUU strike has also shown the strength of our democracy. There is no democratic country in the world where workers don’t go on strike. It is another means of expression. In most cases, a strike is inevitable. How we resolve the matter is what is important.

“I will advise all the actors, especially in the educational sector, mainly the Ministry of Education, ASUU, the new unions that have just been registered, as well as the government officials, let there be a spirit of negotiation. We can only resolve disputes through the industrial instruments that we have,” he said.

“There are those who argued that it was an attempt to break the monopoly of ASUU, while others say Nigeria is simply expressing the freedom of association. Workers have the right to form unions. I don’t think there’s anything wrong with that. Don’t forget, we had one labor union before the TUC was formed, but the two are working together. What is clear is that Nigeria practices industrial democracy. Nobody can get results except through negotiations and compromise,” he stated.

He commended the Ministry of Labour and Employment for the leadership retreat, adding that this will go a long way to promote industrial harmony and strengthen capacity-building for productivity.

Aremu stated that although dispute is inevitable, there will always be conflicts. That is why the capacity for reconciliation needs to be strengthened.